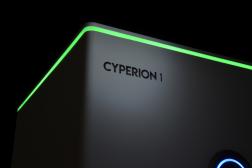 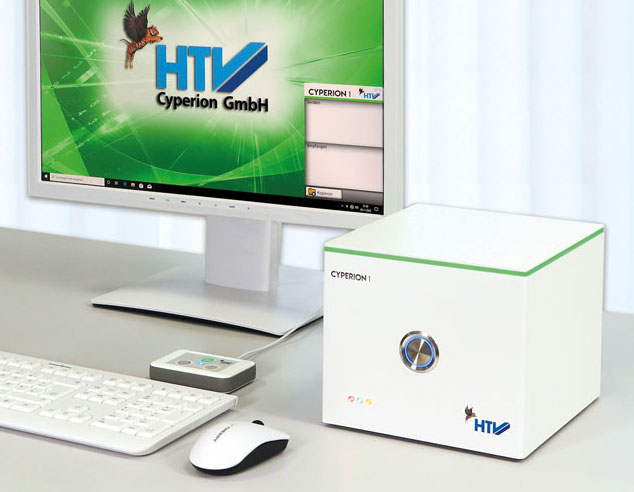 Cyperion®1 is equipped with three Intel i7 processors or AMD Ryzen™, offering you concentrated computing power in a compact and classy design.
How it works
Cyperion®1 consists of three physically separated areas of different security levels in one device.

Cyperion®1 indicates which area is currently active by means of the correspondingly illuminated light bar of the computer, the color of the screen background as well as the illuminated keys of the hand-held control unit, the so-called "Cyperion® switch".

With the help of the "Cyperion® Toolbox", data can be transferred between the three areas as desired and conveniently. Using drag & drop, the data is moved to a kind of "outbox" for sending. By selecting the target area via "Cyperion®-Switch", the data is then transferred to the selected "Inbox" and processed accordingly in this area.

Security level
The red area is equivalent to a standard PC. Access to the Internet exists and office work can be carried out regularly. Firewalls or virus scanners can be used to additionally increase the security of this area. Networking with other PCs in the "red area" is possible.

In the yellow area, the next highest security level, the connection to a company network or intranet is provided without access to the Internet. This eliminates the risk of direct attacks from the Internet, since regular malware, such as Trojans or tools with backdoors, cannot access the Internet via a direct return channel to download malware from the network.

The green area is used for handling highly sensitive data and can only be networked with other green areas of Cyperion®1 systems. Data created or stored there is highly secure. Only the user determines which data is changed on or leaves the area.
All data transferred to the green area is stored encrypted, which prevents malware or viruses from infecting the area. Encrypted data can be decrypted at any time by transferring it to the red or yellow area, making it editable again.

Separate USB3 and Ethernet ports are available for each of the three areas of the Cyperion®1. This provides maximum flexibility and enables complete separation at both the network and device levels.
Devices such as mouse, keyboard or touch pens are connected via four USB ports and are switched to the respective selected area, as is the output image signal.

Areas of application
The multi-computer system Cyperion®1 offers the unique possibility to move freely in the internet with only one device without exposing sensitive data to danger by hackers or viruses, for example.

For exclusive groups, such as management, the board of directors or the development department, highly secure subnetworks can be created quickly and easily with just one Cyperion®1 system in order to protect sensitive data from unauthorized access by third parties, especially against the background of constantly increasing cybercrime. 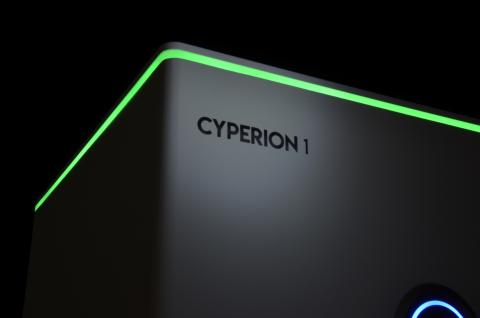 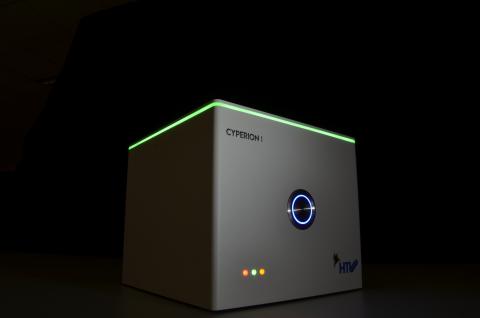 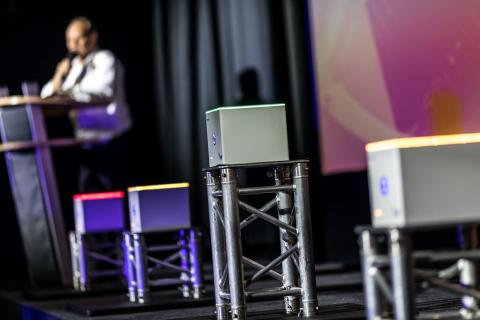