Implementing Ideas in a Team - What is Important Here?

Working together on new ideas opens new opportunities. In contrast to development work as a lone fighter, teamwork delivers the concentrated energy of common intellectual and creative mental power for the successful implementation of innovative concepts - if the team functions effectively and without friction losses. However, in many cases, this is precisely where the problem lies, because team building requires much more than just the accumulation of professional and intellectual competence. Read here what you should bear in mind when setting up your development and innovation team. 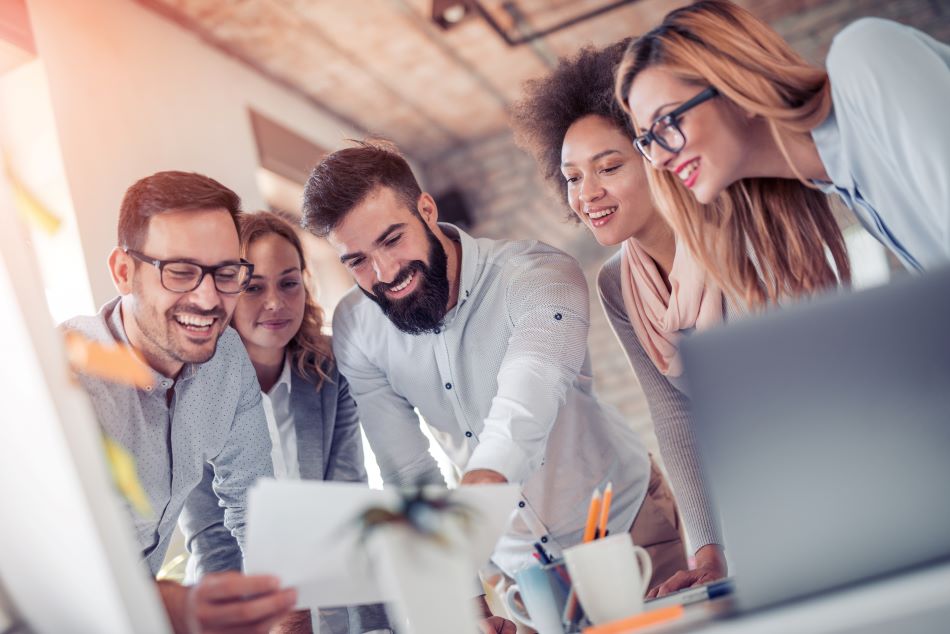 What Exactly is a Team?

This question may seem superfluous at first. Everyone knows what a team is - or at least thinks they know. Individual sovereignty over the interpretation of the term also depends to a large extent on the personal attitude to teamwork.

People who prefer to be lonely callers in the desert and act in the conviction that every employee is above all a potential source of error will cast a rather skeptical glance on teams, for example in the manner of the TEAM acronym "Take Everything And Mute".

The fact that this general suspicion of teamwork does not correspond to the true circumstances will be confirmed by all those who were able to achieve results in a well-functioning team that could not have been achieved on their own. This brings us back to the initial question: What is a team?

One of several general definitions could be: A team is a group of people with specific expertise and a common intention to achieve a previously defined goal in the best possible way using collective knowledge. Or to put it simply: Together we can do better.

This expresses what constitutes the systemic advantage of teams over individual work: the use of different skills useful for the common goal. This is a captivating concept - with a catch: team players are people, and people have peculiarities and mistakes. A team that does not take this irrevocable truth adequately into account has bad cards.

The fact that many teams are stuck, and crunching can essentially be traced back to these three causes:

In most cases, several of these causes occur at the same time, because each one is an indication that there are deficits in the basic understanding of meaningful teamwork. In other words, a mistake rarely comes alone.

From the point of view of system theory, a team is a unit composed of several subunits. It consists of the team members as units, which together form the system team.

But every team member is also a complete system - called a human being. People are not homogeneous entities but consist of a myriad of individual factors - gender, age, education, inclinations, strengths, weaknesses, idiosyncrasies, imprints, prejudices - to name but a few. In addition, there are short-term factors that change constantly - the daily form, the state of health and the mood, for example.

The human system within the systems team naturally has an impact overall. A team member who shows up in the morning in a radiant good mood and bubbling with energy can sweep the whole team along - just as a depressed, grumpy-looking and listlessly shuffling actor can damage the team spirit.

Deficits in team organization can also have a negative impact, albeit not with such blatant effects. A lack of planning documents, exact tasks, precisely defined objectives or effective communication channels can hinder teamwork in the long term. Whether they become existential problems depends on which team culture prevails. If the team's blessing goes wrong anyway, such functional deficits will cause the mood to drop even further towards the basement. If the team is well adjusted and motivated, it will immediately get to work on the functional problems and quickly find a remedy.

Strategies for an Effective Team Culture

The keyword for effective team structures is leadership. And that articulates an unpleasant truth: basic, democratically organized teams usually do not work well.

Of course, questions can be clarified within the framework of discussions and votes. However, this does not always lead to the best solution. Especially in teams, there must be an instance that sets the direction in certain situations, if the team is not to lose itself in endless arguments up to dogged direction fights.

Of course, this does not mean that a team can only work effectively under the thumb of an unbending dictator. In order to find the optimal style for goal-oriented teamwork, it is worth taking a closer look at the definition of leadership styles according to Kurt Lewin, a pioneer of modern experimental social psychology. Lewin defines three leadership styles:

None of the three leadership styles can be compared with the grassroots democratic team structure presented earlier because it relies on the explicit absence of a leading authority - with all the negative consequences.

The authoritarian leadership relies on a leader with high policy competence and great powers. The team leader is the superior who passes on instructions, orders, and tasks without integrating the team into the decision-making process. The main task of the team members is to implement the instructions without criticism. Mistakes can lead to disciplinary action or even punishment. It goes without saying that the self-motivation of the team members cannot develop particularly well under this management style. Given the fact that a team for developing innovative ideas relies on the competence and creativity of all members, authoritarian leadership exerts a rather counterproductive influence.

The democratic style of leadership relies on cooperation. The team leader involves all members in the current processes, discussions, and decision-making, but has the last word in cases of diversity of opinion. The fact that some processes slow down and become more complicated as a result is more than offset by the advantages of the high motivation, the usually pleasant working atmosphere and the loss-free implementation of swarm intelligence of all team members.

Teams involved in the development of creative ideas into usable applications must take account of the socio-psychological aspects of team structures beyond purely functional tasks. Human interaction plays a crucial role in the ability and effectiveness of creative teams. The choice of the right leadership style with the emphasis on a democratic-cooperative approach is also of fundamental importance for harmonious and loss-free teams.

TIP: You can also use our Marketplace of innovation platt formt to post your project and find an investor. Read more