In the Beginning, is the Idea, then the Development of Prototypes, then the Investor. 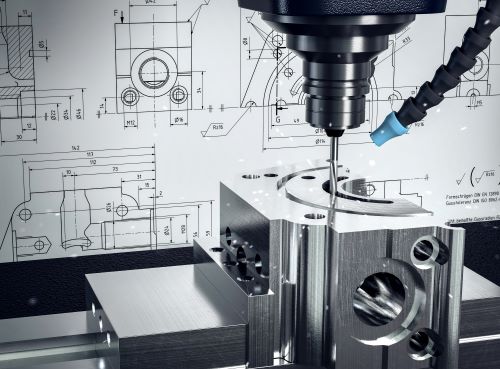 Prototypes are generally test models in the technical field for products or components that are subsequently to be mass-produced. In the field of invention, science, and research, prototypes are often the first steppingstone to founding your own company and then to find investors with the idea of further developing the company and producing prototypes.

The development of prototypes costs a lot of money in addition to know-how and manpower. This will have to be earned in the future, while the prototype or prototypes will initially only generate costs. For investors, a convincing business plan is key to success at this stage. Today, on the threshold of the new decade, rapid prototyping in 3D printing is topping the current prototype production. The procedure to produce prototypes is divided into three phases: creation, review session and further development. The addition Rapid makes it clear that the development speed has a high priority in this process of prototyping.

Have you already protected your invention?

Don't forget to apply for a patent or design protection!

Before you create your prototype, you should protect your invention or at least have the prototype manufacturer sign a confidentiality agreement. We will be happy to advise you on this.

Prototype Production - Putting an Invention into Practice and Founding a Company

Today, there are several modern processes for the fast and cost-effective production of prototypes that can be used to efficiently design the entire process of product creation. Rapid prototyping in 3D printing is a widely used manufacturing process. The innovative young entrepreneur or business founder has an idea right up to the vision and the know-how for invention and development; however, he lacks the necessary capital to produce prototypes profitably. At this point, investors are in demand who are so convinced of the prototype's prospects of success that they are investing in further development and future series production. There are many possibilities for this type of commitment; they range right up to company participation with decision-making authority over the prototypes and subsequent production readiness.

Advantages of the RP Process

The way to prototypes, with its production time, is significantly accelerated, although depending on the object, size, and complexity, as well as the quality and printability of the 3D model. This speed makes it possible to use prototypes earlier and above all more often. Design errors are detected promptly and can be easily rectified. Another decisive advantage of the RP technology is the saving of waste compared to conventional processes such as turning, milling, grinding or machining. This saves costs and resources.

China, or more precisely the People's Republic of China, is about 27 times the size of Germany. Accordingly, the range of prototyping with the various RP processes offered there is comprehensive and varied. Digital communication with correspondence and communication as well as logistics make it possible for prototypes to be realized within a day in China. If the time difference between Central Europe and metropolises such as Beijing or Shanghai is considered, then at best no more than 24 hours elapse between order placement and order execution.

TIP: You can also use our Marketplace of innovation platt formt to post your project and find an investor. Read more